Catwoman is a fictional character created by Bill Finger and Bob Kane who appears in American comic books published by DC Comics, commonly in association with superhero Batman. The character made her debut as “the Cat” in Batman #1 (Spring 1940), and her real name is Selina Kyle. She is Batman’s most enduring love interest and is known for her complex love-hate relationship with him. —Wikipedia

Catwoman is a Gotham City burglar who typically wears a tight, one-piece outfit and uses a bullwhip for a weapon. She was originally characterized as a supervillain and adversary of Batman, but she has been featured in a series since the 1990s which portrays her as an antiheroine, often doing the wrong things for the right reasons. The character thrived since her earliest appearances, but she took an extended hiatus from September 1954 to November 1966 due to the developing Comics Code Authority in 1954. These issues involved the rules regarding the development and portrayal of female characters that were in violation of the Comics Code, a code which is no longer in use. In the comics, Holly Robinson and Eiko Hasigawa have both adopted the Catwoman identity, apart from Selina Kyle. —Wikipedia

Catwoman has been featured in many media adaptations related to Batman. Actresses Julie Newmar, Lee Meriwether, and Eartha Kitt introduced her to a large audience on the 1960s Batman television series and the 1966 Batman film. Michelle Pfeiffer portrayed the character in 1992’s Batman Returns. Halle Berry starred in 2004’s Catwoman; this, however, was a critical and commercial flop and bears little similarity to the Batman character. Anne Hathaway portrayed Selina Kyle in the 2012 film The Dark Knight Rises. A young version of Kyle was played by Camren Bicondova on the 2014 television series Gotham although Lili Simmons portrayed an older Kyle in the series finale. Zoë Kravitz will portray the character in the 2021 film The Batman after previously voicing her in The Lego Batman Movie. —Wikipedia

“Provide yourself with endless possibilities in this wet look bodysuit featuring long sleeves, a high collar, a skin-tight bodice, and a front zipper closure. Accessorize and turn this staple into the perfect Halloween costume!” —Yandy Cat Lady Costume Kit

“Prowl the alleyways in this Pretty Kitty bodysuit featuring a V-neckline, a cat face design, an attached hood with cat ear detailing, high cut sides, a snap crotch, and a cheeky cut back. (Bodysuit only.)” —Yandy Pretty Black Kitty Costume 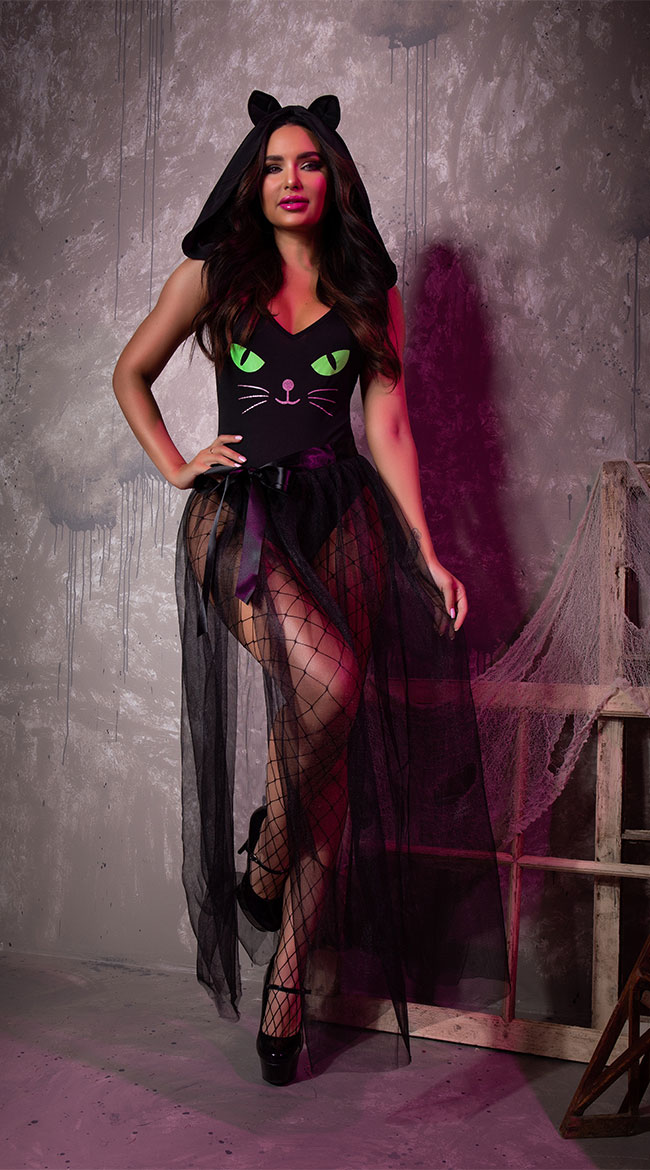 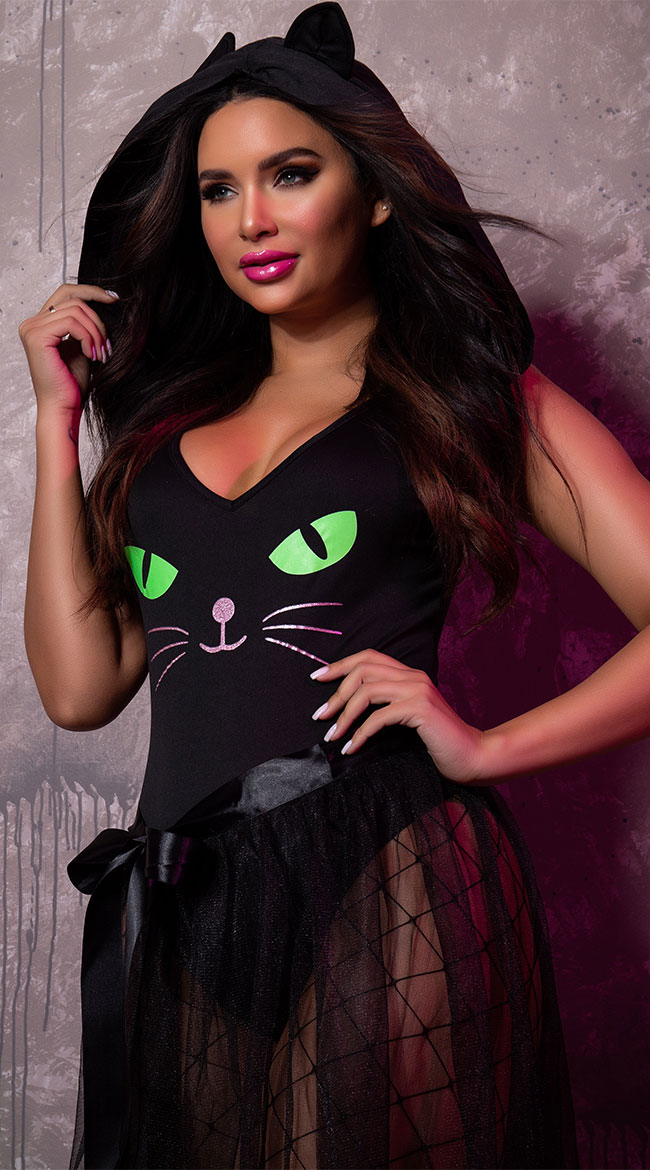 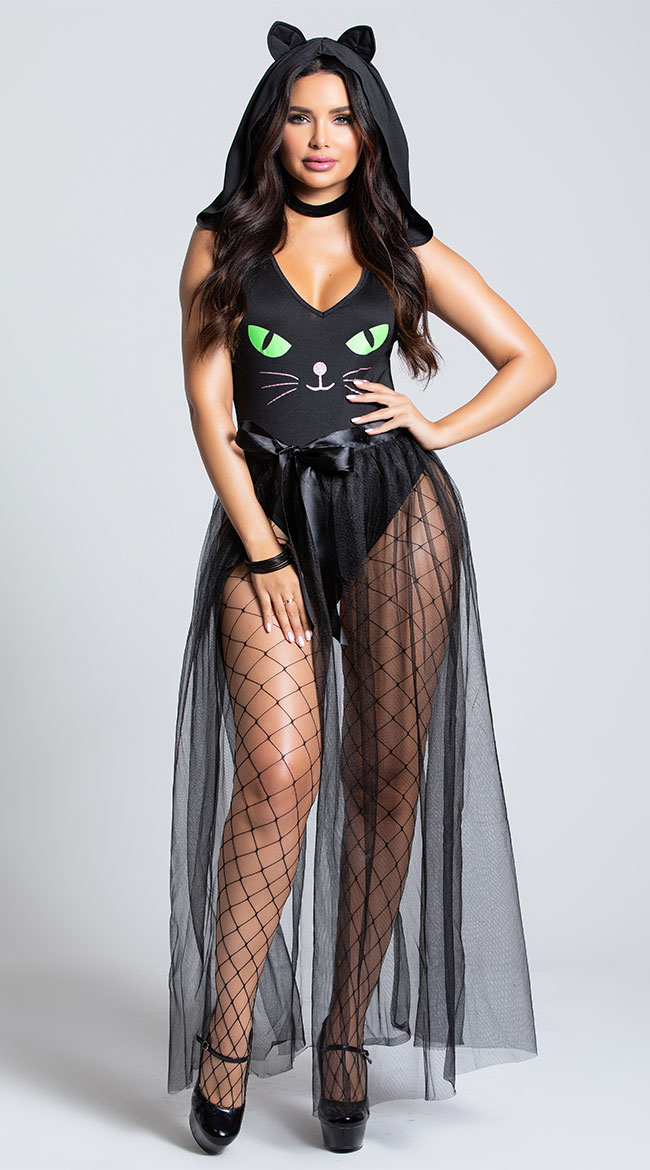 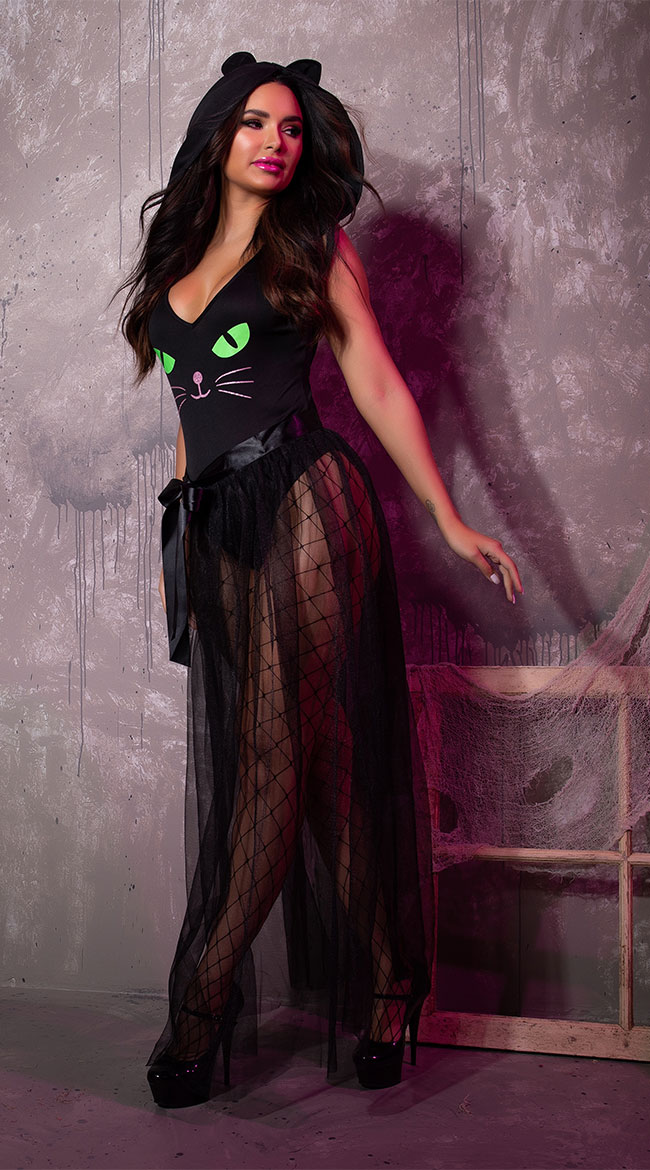 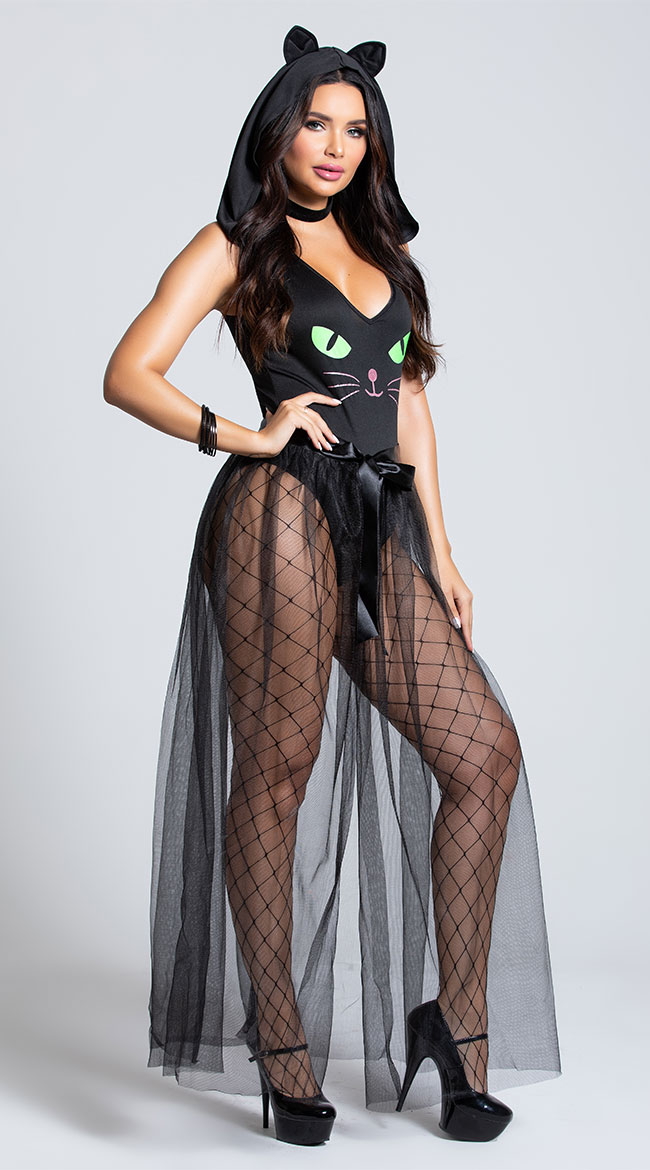 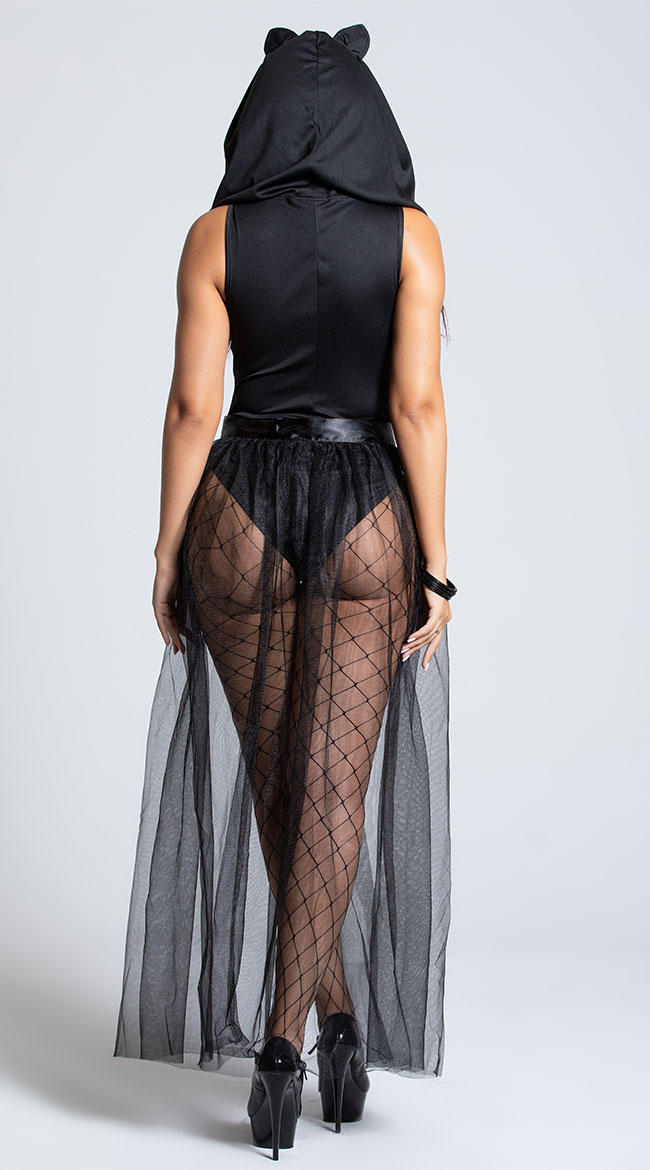 If you write, please label your message as “Sissy” to help separate it from SPAM (which gets tossed unread).