Click on any doll box cover or product illustration for more details on that item.

The floor shaking rumble of the police helicopter circling overhead drew me to the window in time to see the bright white oval scan the back yard.

As soon as the spot flitted around another building, the two young men frantically running from the police dashed in to the darkness of our back door.

They sure picked the wrong door to seak sanctuary!

She ordered the men to remove their shoes, trousers, shirts, and underwear and toss the discarded clothing into a pile. Once the frightened criminals were stripped and nude, she ordered me to place their clothing into the trash compactor.

Mistress ordered the gang bangers to their knees and had them crawl to her feet one at a time and ordered them each to kiss and lick her shiny black leather thigh high boots.

While the police helicopter circled overhead and police sirens wailed through the night, the two fleeing criminals were handed a couple of basins, shaving cream, and a package of razors and ordered to remove all of the hair on their legs, arms, back, chest, and stomach, and to closely shave the beard area of their faces.

Both men were forced to put on transvestite vagina panties. These latex panties covered their penis and balls with a realistic molding of an aroused vagina with puffy labia and erect clitoris. The panties were padded on the buns and the hips, to give their hips and ass the shape of a sexy woman. A latex hole in the back was molded from a wide open asshole and allowed easy entry to their anuses.

Both criminals were forced to glue silicon breast forms to their frshly shaved chests, giving them 40 DDD tits to go with their 38 inch waists.

Mistress laced up a tight black corsette, pulling in their waists to a womanly 24 inches.

The bigger criminal was given black lacy silk panties and front clasp bra, while the smaller one was forced into a soft pink lace bra and powder pink satin pantie briefs covered with rows and rows of white lace ruffles.

The tall streetwalker was put into a wig with long bright red hair in long flowing waves, while the short party girl was forced to put on a long blonde wig with lots of girlish curls and then tie a white lace bow in her hair.

Mistress lashed the shorter sissy party girl to a bondage horse and turned her attention temporarily to humiliating the taller sissy whore.

Mistress ordered the tall whore to kneel between two iron posts and locked black leather ankle cuffs and wrist cuffs onto the submissive sissy slut. She attached the cuffs to rings on the iron poles, locking the slut into a submissive kneeling position, with legs and ass spread wide. 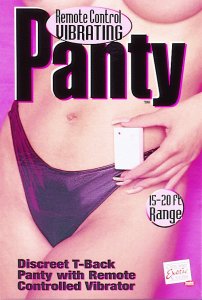 And at the height of his sexual frenzy, mistress turned away, leaving the leather bound criminal desperately jerking and twisting in his bondage, unable to achieve sexual relief, shamed that he was so turned on wearing women’s clothing.

Abandoning the tall criminal to his shame and humilation, mistress turned her attentions to the short sissy party girl lashed to the bondage horse. She stepped behind the hogtied criminal and lifted up the frilly skirt of his pretty pink party dress. Her gloved hands expertly stroked and massaged the sissy’s panty covered behind, making him moan into the rubber ball gag stuffed in his lipstick covered mouth.

Suddenly mistress stopped and the bound criminal squirmed against her still finger.

“Beg me to keep fucking your ass,” mistress harshly demanded.

The sissified gang banger moaned into his gag.

“What did I say, you wussy boy?” mistress boomed. “I don’t repeat my commands, you sissy wimp.”

“Please fuck me in the ass,” the feminized sissy girl mumbled into her gag, simultaneously shamed and aroused.

“That’s better, but next time you are slow to comply, you will be severely whipped.” mistress menacingly whispered into the bound criminal’s ear. 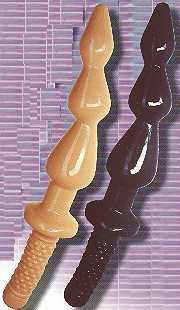 Mistress turned her attention to the taller criminal and pulled down the tall slut’s black lace panties and whipped the whore’s ass with her 24" Round Braided Cat O’ Nine Tails Whip until the streetwalker’s bare butt was red and welted. 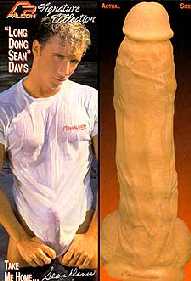 Mistress played with herself using her Alexa’s Starlight Tantalizer Vibe while watching the taller gang banger fuck in and out of the sissy party girl’s ass. She held up the toy, with its imposing long crystal white and aqua thickly veined soft jelly shaft and ominous thick round sculpted cyan jelly cock head. At the flick of a switch, the Starlight Tantalizer flickered fireworks-like with a rapid series of green, red, and yellow flashes of bright colored lights. The crystal white beads in the shaft were dragged back and forth in a motorized rumble. The slippery jelly shaft squirmed and rotated in a tiny slow circle while flashing in multiple bright colors. Her thumb rotated a wheel to make the bead swing paths longer, then another thumb wheel to kick the clitoral stimulator into loud high speed powerful vibrations.

My strong Black Amazon Mistress called the police and reported that she had captured two strange men who had broken into her home and tried to disguise themselves in women’s clothing.

The police officers led the two feminized sissies into the street, past the the local television news crews while the news helicopters circled overhead and the police helicopter illuminated the criminal’s sissy shame in a bright white ellipse.

The two sissified criminal gang bangers out the front door were hauled off to a busy night of sissy cock sucking and backdoor fucking in the local jail.

Please support this web site by:

Table of contents of toys

Complete table of contents of dolls

Gay and Lesbian Marriages in California

If you write, please label your message as “Sissy Fiction” to help separate it from SPAM (which gets tossed unread).